New UK immigration policies are under fire as businesses and pundits alike predict the effects of greatly reduced access to unskilled labour. The new points-based immigration system is designed to cut the number of low-skilled migrants entering the UK while making it easier for highly-skilled workers to migrate.

Low unemployment rates challenge businesses
According to the office of National Statistics, the UK unemployment rate of 3.8 per cent is currently at its lowest since the mid-1970s, adding to the impending shortage of low-skilled workers. Despite this high rate of employment, Britain suffers from poor productivity growth. Some economists believe that a ready supply of cheap foreign labour is to blame by discouraging companies from investing in technology.

Investing in automation
Home secretary Priti Patel defended the UK government’s post-Brexit immigration regime, saying: “If we invest in people, including  the right investment in terms of new technology and skills, more people would be able to work in many sectors.”

Businesses now have to think about creative ways to fill the gaps as technology and business process automation comes to the fore. The UK immigration plan states: “Businesses will need to adapt and adjust to the end of free movement … It is important that employers move away from a reliance on the UK’s immigration system as an alternative to investment in staff retention, productivity, and wider investment in technology and automation.”

The message is clear
Businesses will be under increased pressure to automate routine processes, allowing highly-skilled workers the time to engage in work that needs specialised knowledge, skill or the human touch.

According to Andy Haldane, Chief Economist at the Bank of England: “The UK’s low automation adoption is part of our lagging productivity, especially for SMEs, which is preventing a much-needed rise in economic growth, wages and living standards. Automation could bring about a new focus on better, more creative jobs and shorter working hours,” he said.

This assertion is prompting some economists to question if one of the goals of the UK’s new immigration policy is to push business to fix the productivity problem addressed in the government publication: Automation and the future of work.

Investing in R&D
To fulfil the need for more technology, the UK government has committed to increasing investment in research and development (R&D) in the UK from the current 1.7% of GDP to 2.4% by 2027, with a longer-term goal of 3%, but Automation and the future of work warns that the UK’s current immigration policy would limit the country’s ability to attract the right skills for automation and robotics. It states that unless the UK government and businesses are able to create a pipeline of UK researchers and workers who can support the domestic automation industry, it will still be necessary to recruit from overseas.

The current adoption rate of automation technology among small and medium-sized enterprises is only 4%, compared with 28% in large businesses. The report noted that SMEs generally lack management experience and digital skills, making it unlikely they will adopt disruptive technology.

Easily accessible online technology, such as AUTTO can provide an alternative to overly complicated, expensive solutions such as AI. Online automation solutions can be set up to automate day-to-day business processes within an hour, giving staff time to prioritise tasks that provide the products and the service that can transform a business. 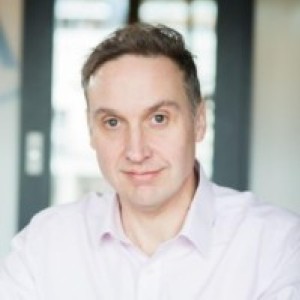 All Posts
PrevPreviousWhy automation is essential for the future of SMEs
NextWhat do clients want that legal tech can solve?Next Happy New Year (or is it?) – How Automation is driving the Future of Work Talk to us about how we can help your business with process automation.

Meet with one of our founders who will design a personalised AUTTO that can immediately address a challenge your business is facing.

Get the latest news and thought leadership on business process automation right into your inbox. AUTTO is a no-code, business and document automation platform. No-code means you can build tailor-made automated processes without having to be a developer.

get your free quote

We use cookies to ensure that we give you the best experience on our website. If you continue to use this site we will assume that you are happy with it.Ok